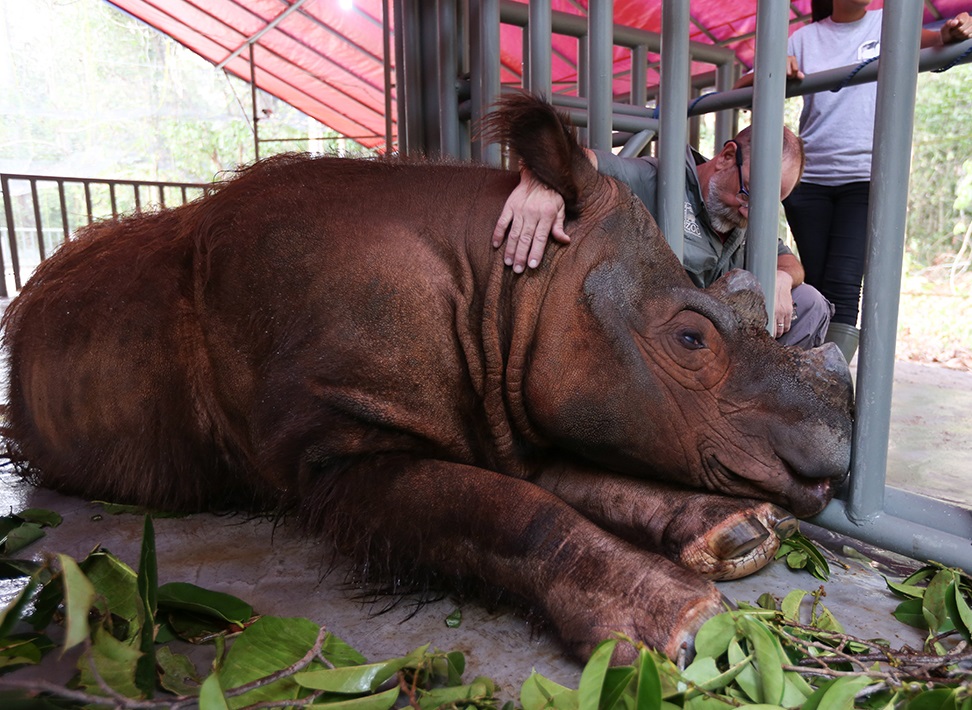 In 2015, Sumatran rhino Harapan (“Harry”) flew with Cathay Pacific from the United States to his ancestral home in Indonesia. He made the 16,000-kilometre journey from Cincinnati Zoo to the Sumatran Rhino Sanctuary to be part of a breeding programme that hopes to save his species from extinction.

Sumatran rhinos are critically endangered – with just 80 individuals left in the wild! Once free to roam throughout Southeast Asia, they are now only found on the islands of Sumatra and Borneo. The last few animals continue to be threatened by destruction of their habitats, and poachers seeking their horns, which are valued in Chinese medicine and as ornaments and trophies.

After spending the first eight years of his life in American zoos, Harry now spends his time eating native plant species and bathing in mud in an open forest area the size of about 12 football pitches. It was worth the long journey, but it wasn’t easy!

Watch this video of Harry’s 53-hour journey to his new home.